The Steinway grand piano, the legend and gold standard of musical instruments, has been synonymous with outstanding craftsmanship and uncompromising quality, aesthetics and expression since 1853. Most of all, it is the unmistakable sound and  the feeling of being one with the grand piano that explains why virtually all concert pianists choose a Steinway – and why Steinway grand pianos are the musical centrepiece of cultured homes around the world.

Our Steinway Grand Concert Grand was built in 1973 and spent its first years in the famous concert hall of the Katholieke Hogeschool in Tilburg, the Netherlands. There it was played by many celebrities. At the beginning of 1990, the former owner of the Studio, Dick van Schuppen acquired the instrument for his recording studio. After a 7-year! search, he finally found the instrument he had been looking for!

It is remarkable that Jochem Geene, the present owner of Studio van Schuppen was often taken to these concerts in Tilburg by his father during his childhood. There he heard Aldo Ciccolini, Valery Afanassiev, Lazar Berman and many others playing on the instrument of which he would become the owner many years later. The instrument is in mint condition, has been meticulously maintained and has a marvelous, rich sound. The mechanic is conform all requirements Steinway asks and advises to meet the highest demands. 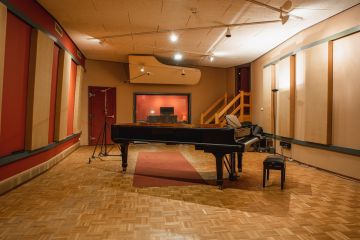 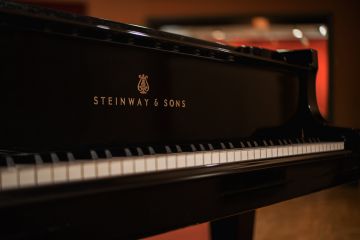 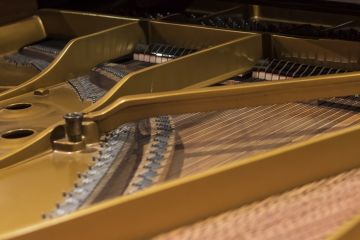 At Studio van Schuppen we believe superb music productions reproduce the experience of attending the ultimate performance over and over again to any audience at any time. To create these superb music productions, we are left with no option but maximizing the expressive “momentum” of the recorded performance and optimizing the end product’s capability to convey the intentions and emotions on hand.